Some words about us

Missionary Fathers of Incarnation (PMI) is a Association of clerics founded in India by Very Rev. Mother Carla Borgheri, SMI, (the foundress of the "Soure Missionarie Dell'lncarnazione" at Frascati Rome), on January 28,1994 under the ecclesiastical jurisdiction of the Bishop of Cochin. It was started as the male-section of the Missionary Sisters of Incarnation. The foundation stone of the first House was laid on September 6, 1994, at Kannamaly and the completed structure was blessed on 4th January, 1996. Rev. Fr. Xavier Orappana, a priest from the Diocese of Cochin, is the one whom God has chosen for this purpose. The Rev. Mother shared with him her dreams and plans about founding a fresh Congregation for men - the Missionary Fathers of Incarnation. ​It took nearly six years of prayerful life for Fr. Xavier Orappana to make a final decision.

​​In the year 1988 Rev. Father Xavier Orappana reached the ultimate resolution - to deviate from the regular route and fasten on the straps of a missionary's sandals. Fr. Xavier Orappana informed His Excellency, Rt. Rev. Dr. Joseph Kureethara of his ardent yearning to join Mother Carla Borgheri to found this new Religious Congregation of the Missionary Fathers of Incarnation. On January 4, 1994, Fr. Xavier besought the Bishop's permission which His Excellency granted on January 28, 1994. Mother Carla Borgheri purchased a property within the parish of Kannamaly and the foundation stone of the would be Monastery was laid on September 6, 1994, by His Excellency, Rt. Rev. Dr. Joseph Kureethara. Soon the number of aspirants increased and in the meantime the construction of the Monastery was more or less complete. The solemn blessing and inauguration of the Monastery, Bethlehem House and the first Religious Profession of Fr. Xavier Orappana were held on January 4, 1996, officiated by His Excellency Dr. Joseph Kureethara in the presence of Mother Carla Borgheri, the Mother General of the Missionaries of Incarnation and many Sisters and faithful at Kannamaly. As this new Religious Congregation of the Missionary Fathers of Incarnation had to be a Diocesan Religious Congregation, Rev. Fr. Xavier Orappana made his first Religious Profession to the Prelate, Rt. Rev. Dr. Joseph Kureethara on January 4,1994.

When the seminarians were to be admitted to the major seminary at Alwaye, it was necessary to purchase a property near the seminary there. A property consisting of about five and a half acres at Manjaly near Paravur in the Archdiocese of Verapoly was soon purchased by Mother Carla Borgheri. The foundation stone for the study house, St. Paul's Seminary, at Manjaly was laid by His Grace, Cornelius Elanjikal, Archbishop of Verapoly, on March 16, 1996 and the first five were admitted to Carmelgiri Major Seminary the same year. His Grace, Dr. Daniel Acharuparambil, Archbishop of Verapoly, gave consent to the Order on February 10,1998 to open a Seminary at Manjali and some major seminarists were shifted to this new building. The informal blessing of the St. Paul's Seminary was held on June 4, 1998, officiated by Rt. Rev. Msgr. Joy Kalathiparambil, the Vicar General of Verapoly (Present Archbishop of Verapoly). In the year 2000, Rev. Fr. Xavier Orappana PMI, after rendering his selfless service for few years for the Congregation of PMI, he went back to his own mother Diocese of Cochin. Rev. Fr. Martin Cabral PMI succeeded Fr. Xavier Orappana and took over the office and became the Delegate Superior of the Congregation of PMI from 2000. He was appointed to be in charge of the seminarians at Manjaly in the same year. He lead and initiated for the growth and spiritual well being of the Congregation till 2015.On March 2015, Rev. Fr.Xavier Panakkal PMI has been elected as the new Delegate Superior and he is still continuing his steadfast love towards his responsibility for the well being of the Congregation.

Right from the beginning God blessed our congregation with good vocations from the States of Andhra Pradesh, Kerala and Tamil Nadu. As the number of students increased we are forced to find a new abode and Training Centre for our Seminarians in order to give them a genuine religious and priestly formation. Thus we approached the Local Ordinary of Diocese of Calicut in 2005 since the diocese of Calicut being in a mission area and presented our urging need. His Excellency, graciously welcomed us and with the help few generous benefactors we could buy a land with a small house in the district of Wayanad at Vellaramkunnu and opened the new foundation. Later it became the House for Novices. By the end of 2016, officially it became the Novitiate House. At present there are 4 communities at Manjaly (Diocese of Verapoly) for major seminarists, Kannamaly (Diocese of Cochin),Kavanad (Diocese of Quilon) and Wayanad (Diocese of Calicut) for the formation of students aspiring for Priesthood. Now we have 25 priests, 13 professed religious doing their theological studies at St Joseph's Carmelgiri Pontifical Institute, Alwaye, and philosophical studies at Sacred Heart Philosophical College, Alwaye (Discalced Carmelites). Recently our priests are serving in various Dioceses of Cochin, Calicut & Kollam, Killiole (Ireland), Asti (Italy), also our priests are involved in the various activities in taking care of youth, retreat, Evangelization, administration of the Sacrament of Reconciliation

​We are inspired by the same Charism of the Suore Missionarie dell'lncarnazione and as the Sacred Mystery of Incarnation embraces the whole human existence we are called to render all kinds of missionary and apostolic services to proclaim the Word of God, in accordance with the direction of our ecclesiastical superiors, by a simple life of Prayer, Charity, Witness and Service.

"Unification of souls dedicated to follow Christ in a life nurtured by charitable and Apostolic work" is the motto of the Congregation.

The aim of the Institute is to carry out and also to recognize more profoundly the mystery of Christ and adhere to the purpose of the incarnation. i.e. to adore the Divine Trinity continuously and humbly.

​Life of prayer, preaching the Word of God, forming the people according to the Gospel values, formation of the youth according to Christian ideals, Counseling and the administration of the Sacrament of Reconciliation to make people more aware of their Christian responsibility are the ministries of our Congregation. 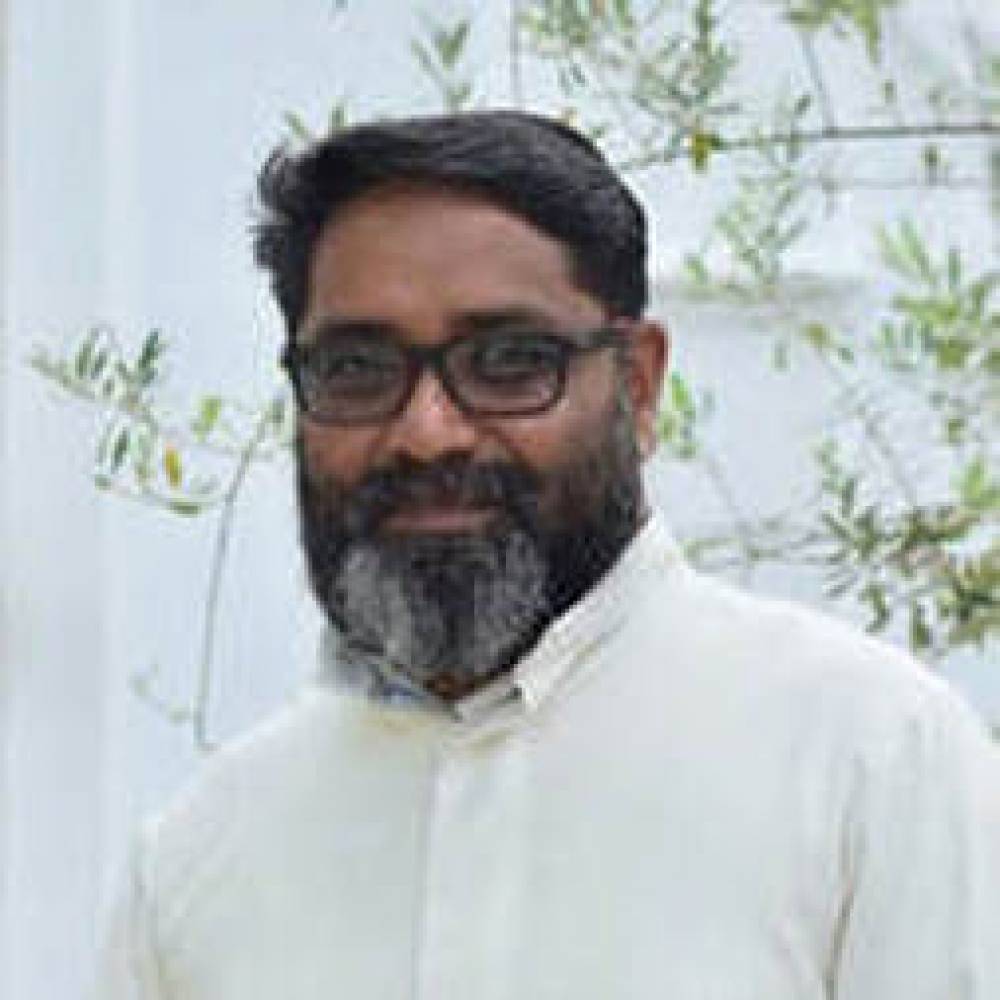 Fr.Martin Cabral  is an Indian Priest of the Roman Catholic Church, born on 03 November 1968 in Nazareth, Cochin. He was Ordained Priest on 29 December 1994 and incardinated in the Diocese of Cochin.He was appointed as the Superior delegate of PMI Association on 01 February 2021.